A driver who is viewed by insurers as a higher risk to cover can have a more difficult time finding coverage at an affordable rate, but comparison shopping can be the key to reasonable premiums. Dependent on the reason why a driver may be looked at as riskier to insure can be a number of reasons, but acknowledging them and finding a carrier who is willing to except risks can save thousands of dollars. A common way that a driver can find themselves in the high risk pool is by being convicted of driving under the influence of alcohol or drugs (DUI); this is a very dangerous practice and statistics show that motorists who have been convicted driving under the influence are likely to receive a second offense.

It is obvious that driving impaired will increase the likelihood of being involved in a traffic accident, but once caught, a motorist may be looking for high risk auto insurance, and may have driving privileges suspended and also need to obtain an SR 22 for up to 3 years following the conviction date; this will need to be maintained continuously. In addition, these motorists may find it difficult to find a company willing to accept their risk and if an insurer is found, the cost of coverage can be much more than a low-risk driver. Drinking and driving is simply not worth it, not only because of increased premiums, but it puts the lives of the motorist as well as others in danger.Reasons High Risk Auto Insurance may be Needed
Motorists can end in the “high risk” pool for various reasons; some can be avoided while others are considered riskier to insure simply because of their age. Motorist who acquire a number of traffic ticket or cause traffic accidents will usually be seen as having elevated risks to insure. Obeying traffic laws and practicing safe driving can help avoid these situations and having to pay inflated premiums. Unfortunately for younger motorists, they are viewed as risky drivers due the statistical data that shows them to be more likely in collisions than older drivers. While this may seem to be a bit unfair and nobody can control their age, it is hard to argue with statistics. 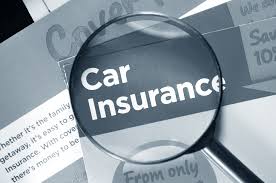 Motorists who are considered to be labeled as a “high risk” can do many things to get out of the category and can take many steps to make sure that they do not end up with the label again. Safe driving and obeying traffic laws will more than likely help avoid accidents and not driving while under the influence will also do the same; after a certain time period of not acquiring tickets and being involved in accidents a motorist will begin to see their rates start to decline. For those who may have a very hard time getting insured due companies denying to accept their risk can get assistance from state programs such as the Texas Automobile Insurance Plan Association which may be able to help motorists who have been denied by two or more carriers.No Comments